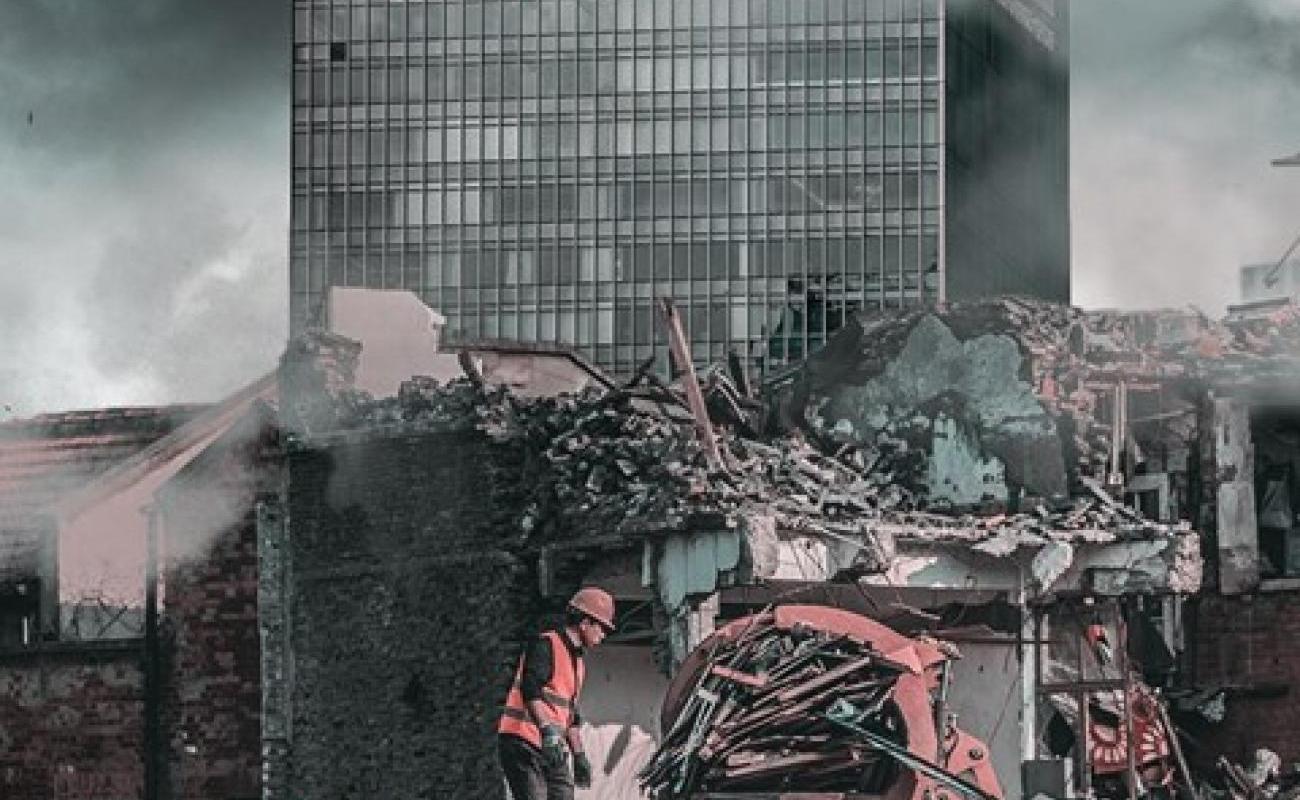 CHINESE real estate megacompany Evergrande has not offered a debt restructuring plan, as it promised creditors it would do by July 31. The company is also called the most indebted real estate company in the world due to its total debt of 300 billion dollars.

Such developments add a new layer of uncertainty to the layered story of the real estate-financial crisis in China, of which Evergrande is a big part. It really is a huge company, with more than 120,000 employees, 70 billion dollars in annual revenue, and more than 1,300 real estate projects in 280 different cities.

Problems in China's real estate sector are spreading like wildfire, and Evergrande is one of the hot spots. Recently, the fire has spread to the financial sector, which is closely related to real estate. The Communist Party had to intervene because there were protests by disgruntled small real estate buyers, and some stopped repaying loans to banks for real estate whose construction was delayed.

It all started when Evergrande failed to pay back $1.2 billion in debt
As early as December 2021, Evergrande failed to pay $1.2 billion in bond debt to international investors, which is why credit agency Fitch downgraded the company's credit rating to "limited default." This means that the company has great difficulties in repaying the debt, that it has not yet returned part of the debt and that it may soon find itself in the process of bankruptcy.

But the bankruptcy of companies, especially mega-companies like Evergrande, is not the same as the bankruptcy of "ordinary" people. For example, Evergrande did not repay $1.2 billion in debt at the end of 2021, but was not in bankruptcy. Simply, those to whom the company owes agreed with the company on a restructuring program, which delayed the repayment of the debt.

That's what happened. "Given the risks the group is currently facing, the risk management committee of the China Evergrande Group is using its extensive resources and will actively cooperate with the group's creditors," the company said at the time. Chinese government officials are also included in the committee because the Communist Party is concerned about the possible spread of systemic collapse through the real estate sector in the event of a complete collapse of Evergrande.

The company's operations are broader than the real estate sector itself, and include the production of electric cars, food and beverage production, amusement parks, healthcare and media. It even owns one of the biggest football clubs in China - Guangzhou FC. Ever since the debt problems started, the Evergrande group has been trying to sell everything that is not part of the real estate business.

Financial results are hidden, trading on the stock market is stopped, Chinese authorities take control
The financial report for 2021 has not yet been published, which was justified by the situation with the new covid-19 lockdowns in China. Although there have been plans for state-owned enterprises (SOEs) to step in and cover the debts, which would have nationalized Evergrande and closed one of the loopholes in China's real estate sector, this is unlikely to happen.

However, the Chinese Communist Party is involved in the problem-solving process itself, and policies are already being implemented to prevent the problem from spreading throughout the real estate sector. In December, shortly after the announcement that Evergrande had defaulted on $1.2 billion in debt, China's central bank cut banks' reserve requirements, effectively releasing an additional $188 billion into the financial sector.

Foreign investors, to whom the group owes, complain about the lack of transparency and the fact that they are completely separated from the entire restructuring process, in which the state authorities are closely involved.

Trading in the company's shares on the Hong Kong stock exchange has been halted twice since the beginning of 2022, after their price fell by more than 90 percent. In May, international debt holders collected $2.1 billion in debt, prompting CFO Pan Darong and CEO Xia Haijun to resign.

Kaisa Holdings did not pay its debt even before Evergrande, in November 2021, and in June of the same year, the same thing happened to the Fantasia group. Share prices of Chinese real estate companies are falling, and the share price of Country Garden Holding, the largest company among them, has fallen by more than 55 percent since the beginning of the year.

It is estimated that the real estate sector directly and indirectly accounts for 25 to 30 percent of China's GDP, much more than in the EU and the USA. And long-term forecasts for the sector are not optimistic.

Credit agency Standard&Poors estimates a drop in real estate sales in 2022 by 28 to 33 percent. In June, the prices of new apartments fell by 0.1 percent in 70 cities, and in May by 0.17 percent compared to April. A survey conducted by the private research company China Real Estate Information showed a drop in sales of the country's 100 largest real estate companies by 59 percent in May this year compared to May 2021.

Property buyers are offered pork, wheat and onions are accepted as a deposit
The situation is worrying enough that some regional real estate companies have advertised that they will accept deposits to buy real estate in wheat and onions. In particular, Central China Management, which is a sister company of Central China Real Estate, the largest real estate company in Henan province, advertised that it would accept wheat advances for houses in Minquan County.

Before that, the same company advertised in Qi County, in the same province, that it would accept onions as a deposit. Henan province is the center of wheat and onion production, so it was wanted to make it easier for farmers to invest in real estate.

More bizarrely, or more innovatively, Poly Real Estate ran a marketing campaign promising buyers a 100-kilogram pig as a gift if they bought a property in their housing project in the city of Lianyungang in the eastern province of Jiangsu. The company even offered to slaughter a pig for customers.

"Buy a house and get 'Peppa' the pig. Achieve the good life in one step," read the ad, which they posted on the company's WeChat account, using the popular British cartoon character to refer to the pig.

The word about the innovative methods spread quickly through the media and social networks in China, and a little later the news was also reported by the media from the West.

Citizens refuse to pay loans for real estate that has not been built
The problem is slowly making its way into the "real" world. Buyers across China, ordinary citizens and small investors, have begun to refuse to repay loans for the purchase of real estate because so many projects are delayed. Construction deadlines are pushed due to a lack of liquidity, and citizens do not want to pay loan installments for real estate that has not yet been built.

The standard way to buy real estate in China is to buy it while construction is still going on, often before construction even begins. By the time the real estate is built, part of the investment has already been returned due to the increase in prices. In fact, it is more profitable to buy as soon as possible - if necessary, before the actual construction - at a lower price.

This enabled the companies to finance part of the construction by selling the real estate even before it was built. Of course, this is more profitable than if the company borrows money from banks to finance a project.

The problem arises when construction deadlines are missed, causing buyers to feel cheated, and when real estate prices fall, meaning that buyers paid more before construction than the real estate is worth when built.

This has been happening for the last few months, which is why many refuse to continue paying back the loans they took out from banks to buy properties that have not yet been built.

Since April this year, four regional banks in the Henan region and one in the Anhui region have stopped all payments. Although they initially excused themselves as technical problems, it seems that it was still a scam. This led to protests in front of the People's Bank of China branch building in the city of Zhengzhou, which were violently suppressed by the authorities.

Part of the deposit will be paid to citizens by the state, but many will be left without their life savings.

If China slows down, the whole world will slow down
China is a huge country, with twice the workforce of the EU and the US combined. It is also the informal "factory of the world", one of the engines of growth of the world economy. Therefore, everything that happens in China has global consequences.

This year, the Chinese authorities gave up targeting the rate of economic growth, although at the beginning of the year they emphasized the goal of 5.5 percent GDP growth. It is possible that they are forecasting that any growth this year will be good.

The insistence on the "zero covid" strategy has led to periodic lockdowns of large industrial cities and regions since the beginning of the year. This seriously disrupts not only the real estate and financial sectors, but also industrial production, wholesale and retail trade, and exports.

It is difficult to determine how much the lockdown policies are responsible for the real estate problems, and how much is simply a matter of deflating the bubble. At the end of 2021, the government itself in China introduced certain policies to reduce indebtedness and better control the huge real estate market, but then they did not expect that covid-19 would return in 2022.

The situation in the USA and the EU is unstable, a global recession is increasingly likely, and the potential bursting of the real estate bubble in China would certainly push the world into a deep crisis.