Russia has never been in such isolation. Putin was left without the entire developed world 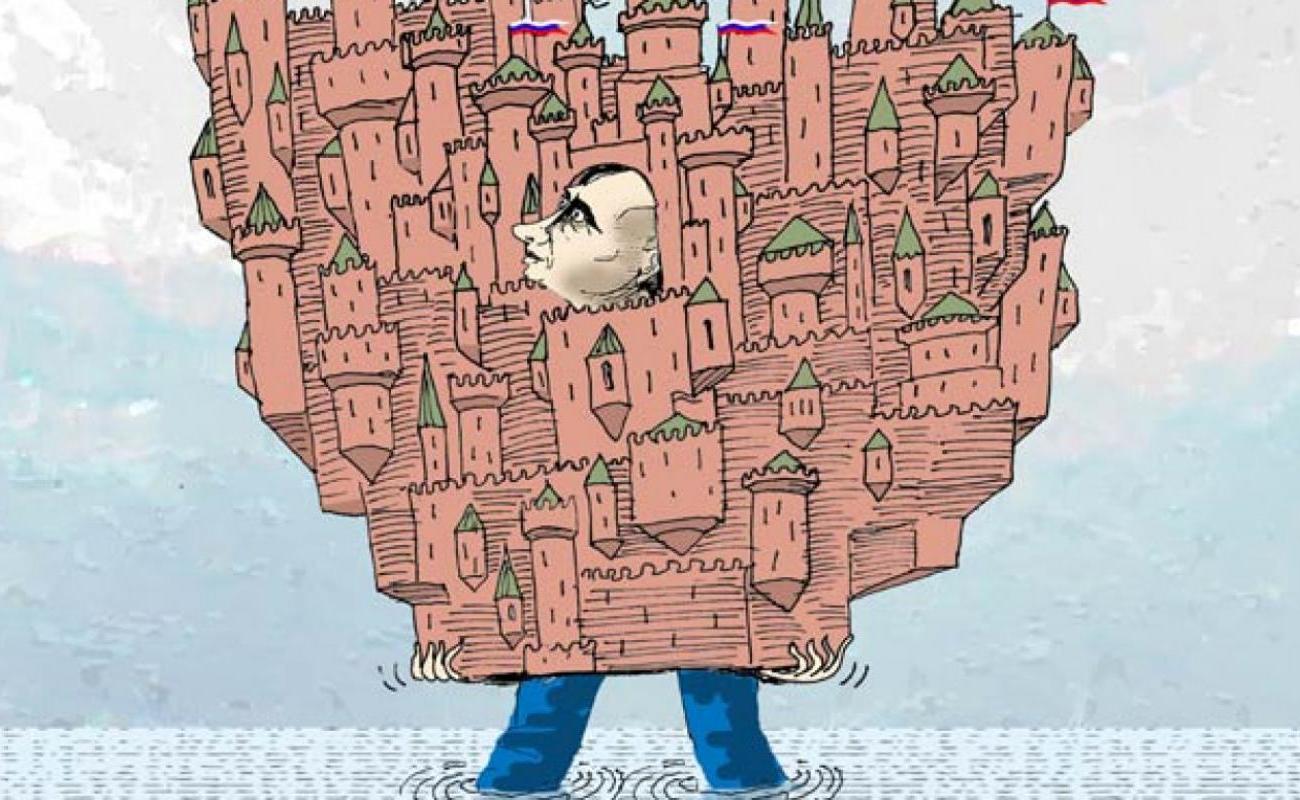 The civilized world does not want to communicate with a barbaric country that, after 75 years of peace, started a great war in the heart of Europe

Grief at the Economic Forum in St. Petersburg. The window to Europe is closed. The former glorious years, when the most prominent politicians and businessmen came to Petrov grad, are a distant past. There are now few guests on the banks of the Neva, except for a few Chinese tourists and the Afghan Taliban. The civilized world does not want to communicate with a barbaric country that, after 75 years, has started a full-scale war in the heart of Europe. What is happening is worse than in communist times, even worse than at the 1980 Moscow Olympics.
How quickly and so decisively has Russia been cut off from the world community? The regime's official propagandists are proud and puff up their cheeks, but that seems like an infinitely pathetic attempt at greatness.

Russia has never been in such isolation in its history, except during the schisms of the 15th and early 16th centuries. And it wasn't that hopeless. A worthy result of Vladimir Putin's 22-year rule. The board, as it turned out, was deeply unprofessional, adventurous, irresponsible even by Soviet standards. Khrushchev's infamous "voluntarism" is against the top of national wisdom.
The Russian Empire has always existed at large gatherings of states, Bolshevik Russia has already broken its isolation in Rapallo and is working hard to re-enter major events. Khrushchev negotiated with President Eisenhower, Brezhnev signed the Helsinki Accords and in his old age agreed to Afghanistan.
Putin left the developed world voluntarily. Even China fears and shuns him, even Iran. Decent finale.
At the same time, the flags of all countries of the civilized world are present in Kiev. And that despite the danger of Russian rocket fire. The presidents and prime ministers agree to switch from the usual plane to their grandfather's train in order to reach Kiev, shake hands with President Zelensky and walk through the destroyed Bucha and Irpen.
At a time when the forum in St. Petersburg was boring and without crowds, four European leaders were in Kiev. And the Minister of Defense of Ukraine negotiated in Brussels. It is an honor for the most famous Western politicians to visit Ukraine. Due to Russian aggression, Ukraine found itself in the center of the civilized world, and Russia found itself outside of civilization due to the same aggression.
Here is a lesson for people who want to live by the rules of human coexistence. He will bite his tongues while the kingdom of the beast becomes dark ... The prophecy of John's Revelation is being fulfilled.