NEW PROJECT OF SUPPORT FOR REGIONAL ECONOMIC INTEGRATION HAS BEEN LAUNCHED 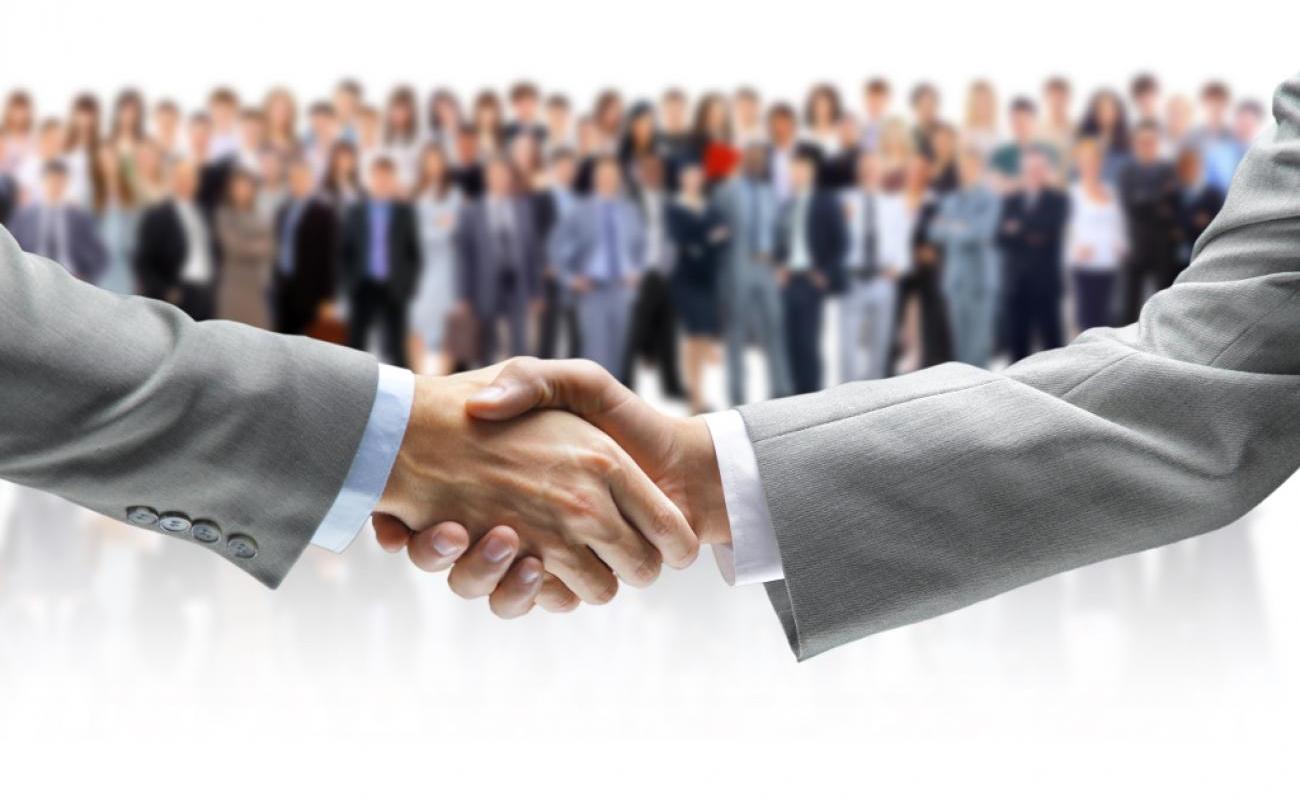 Deutsche Gesellschaft für Internationale Zusammenarbeit (GIZ) has launched a new project to support regional economic integration in the field of quality infrastructure and e-commerce. The project "EU4Business: Support for Regional Economic Integration" will be implemented on behalf of the European Union (EU) and the German Federal Ministry for Economic Cooperation and Development (BMZ) and aims to strengthen regional economic integration between members of the Central European Free Trade Agreement (CEFTA) through support for the implementation of the Common Regional Market Action Plan in both areas.
Only a true partnership between all parties will ensure properly implemented reforms and success towards our common double goal - regional economic integration and approaching the European market, said the opening of the project "EU4Business: Support for Regional Economic Integration" in Skopje.

David Oberhuber, Director of GIZ in Northern Macedonia, said the Deutsche Gesellschaft für Internationale Zusammenarbeit (GIZ) was very proud to be given the task of implementing a project that would increase trade and competitiveness in CEFTA member markets. It is a continuation and complement of our ongoing joint activities with CEFTA members to support the implementation of trade reforms in the region in line with the requirements of the EU accession process.

“An efficient quality infrastructure system will also protect consumers from unsafe products and businesses from disproportionate costs and unfair market competition. On the other hand, e-commerce is one of the fastest growing areas of trade in services in the economies of CEFTA members. "Regional integration in this area will enable consumers to benefit from greater choice and lower prices, and retailers can reduce transaction costs and gain access to new markets in a cost-effective way," Oberhuber said.

Steffen Hudolin, head of the EU Delegation's Cooperation Department in Northern Macedonia, said a functional and reliable quality infrastructure is a prerequisite for the free movement of goods, while e-commerce is a new tool that brings huge potential for cross-border trade growth.

"We are pleased that the EU will support the economies of CEFTA members in order to strengthen its regional cooperation and improve the free flow of goods. Thus, citizens and companies from the region will be able to experience one of the "four freedoms of the internal market" as in the EU. We also believe that the results of this project will further lead to new opportunities for economic growth and job creation, "he said.

Otto Graf, Deputy Head of Mission at the German Embassy in Northern Macedonia, recalled that the German government has supported ongoing regional economic reforms and co-operation efforts under the Berlin Process since 2014.

"Regional economic integration will increase the productivity of economies, lead to lower prices and increase welfare, and will also contribute to the stability of the region," he stressed. “This project is a continuation of the partnership between the German Government, the EU and the economies of the CEFTA members on the implementation of trade reforms within the CEFTA members in accordance with the requirements of the EU harmonization process. Together with the members of CEFTA, we are committed to making regional economic integration work well for businesses. ”

Kreshnik Bekteshi, Minister of Economy of the Republic of Northern Macedonia, said that all economies of CEFTA members must show readiness to cooperate with all neighboring members. As he emphasized, regional economic integration is the most important driver of regional economic development and accelerated economic recovery from the Covid-19 pandemic, and Northern Macedonia is already recognizing the advantages of that cooperation at the national level.

“Through this project, we will receive support to strengthen our quality infrastructure institutions and bring them in line with EU requirements, which will help us become more competitive in the region in the trade of industrial goods. Internet commerce in Northern Macedonia is booming, as evidenced by strong associations and huge dynamics in the sector. "We see this project as a great opportunity to advance in these areas and to contribute to the common goal - to provide our business operators in CEFTA members with access to 20 million clients," he said.

Emir Đikić, Director of the Secretariat of CEFTA Members, reminded that the Common Regional Market Action Plan (CRM AP) is a springboard for the Western Balkans to comply with EU single market rules.

"Important steps have been taken towards bringing the region closer to the EU single market. The Common Regional Market Action Plan envisages that the Common Regional Market will operate in line with the EU acquis to ensure the free movement of industrial goods between the countries of the Western Balkans 6 (WB6). This requires a fully functional and harmonized quality infrastructure. The members have already recognized the economic potential of e-commerce and we are sure that we will continue to jointly build prosperous economies throughout the region, "Djikic emphasized.

“The Common Regional Market Action Plan (CRM AP) sets the framework for the project with the ultimate goal of achieving a smooth flow of goods, services and a highly skilled workforce. Consumers and companies alike will benefit from a regionally harmonized framework that allows for easy and safe trade in industrial and e-commerce goods. As the project supports regional integration based on the EU acquis, it also directly contributes to the region's EU accession efforts, ”Wohlmeyer said.

The Support to Regional Economic Integration project contributes to the creation of a business environment that saves companies costs and time when trading in the regional market. At the same time, it strengthens market surveillance and consumer safety by introducing EU standards. It supports government agencies to simplify the procedures necessary for trade in goods and services in the region, thus preparing the economies of CEFTA members for the single European market.